The heated discussion continues on the subject of fans documenting their concert experience by pulling out cell phones during the show. A handful of bands have actually called out fans to put the phones away so they can live in the moment. Others have actually tried to have people drop off their phones in a lock box or set up a system where cell phone cameras are jammed and can’t be used during the show. The other sticking point is the legality of posting these snippets on all of the different social sites without permission. Obviously, if you try to capitalize and monetize on the event that opens up a Pandora’s box of complexity and possible legal action. The reality is that most of the time people are posting to share their experiences with peers and friends. In this day and age if you think you can control every aspect of your image you’re living in the past.

Even though I agree our societal cell phone use can be abusive and addictive, issues to be saved for a psychology blog, there is a time and place for it at events. Considering the skyrocket prices of tickets along with the time it takes to get to the destination, parking, ridiculously priced concessions, and merchandising, I don’t see the harm in recording some snippets for personal use as a memento. Most up and coming bands favor the added publicity to get their music in front of some new people. The Grateful Dead plus other jam bands of the time actually encouraged bootlegging. Somehow the Grateful Dead cultivated a world following without traditional marketing techniques. By bringing audiences into their world, the fans promoted their music and over time built up a substantial following.

When it comes to the legality of using footage are people really profiting from their postings? I don’t have statistics for my theory but I really doubt people are making money from their smartphone captures. Maybe I’m more sensitive than the average music listener since it is my trade but why would I want to listen to my favorite bands having to view an unwatchable, shaky video with horrid sounding audio? The bigger problem is that it really doesn’t paint a representative picture of the band’s sound. My hope is that people will get intrigued by watching some postings and then seek out the band’s official website to purchase their music. Some bands record their live performances then post it to their sites within a short turnaround time. I’m wishing for that trend to continue so people might think about tucking away their phones.

The reality is that there is a radical shift in how music is consumed. Unfortunately, piracy will not go away and album sales are on a downturn. Even though streaming services are popular, the compensation to the artist and songwriters are minimal compared to what they deserve. If it has value to you then it’s worth paying a bit for it which leads in helping the band stay afloat and continue onto their next project. I don’t mean to get on my high horse because I haven’t been perfect when it comes to copying and downloading, but music is too important to not support the artists. The best way to support their endeavors is to give the band and songwriters what they deserve in exchange for our ongoing pleasure of their art. 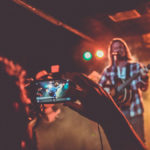 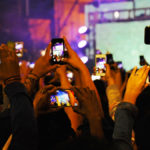 Serving the San Francisco Bay Area for over 20 years.